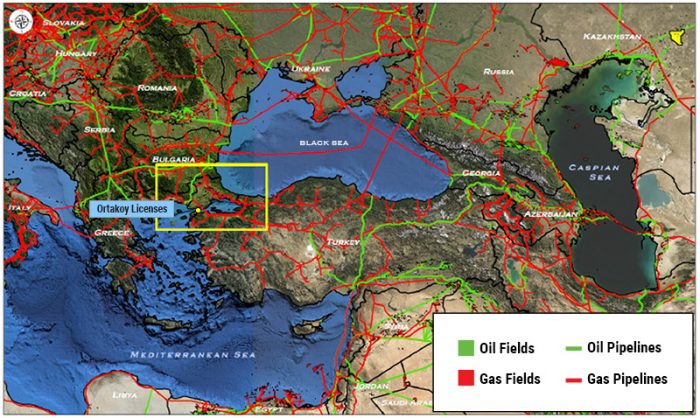 Condor Petroleum, through its wholly-owned subsidiary Marsa Turkey BV (MTBV), has a 100% working interest in two adjoining production licenses located on the Gallipoli (Gelibolu) peninsula in NW Turkey, lying within the SW extension of the prolific  gas-producing Thrace Basin. The company has since proven the area it to be an emerging high-value, low-cost play with significant development and exploration upside. Key to the commercial metrics of the project is the 36” Inter Turkey-Greece-Italy pipeline which transects the Ortakoy license.  The Poyraz Ridge gas field has been tied into the ITGI export pipeline via a 16 km tie-in and is now on production as of December 2017.  Gas sales are marketed via a top tier mid-stream company.  The Poyraz Ridge facilities have been designed to handle up to 15MMscf/d. 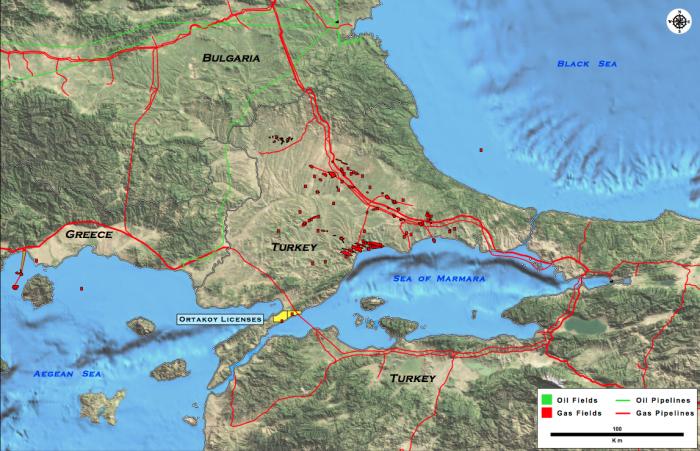